Harris Academies
All Academies in our Federation aim to transform the lives of the students they serve by bringing about rapid improvement in examination results, personal development and aspiration.

Harris Nursery Hub - Peckham (the Nursery) is a bespoke nursery provision which has been designed to help parents who are working or studying full-time, or seeking full-time employment, by providing them with high quality and fully-funded full-time (55 hours per week) nursery education for 51 weeks of the year for their children.  Parents should note that the Nursery does not offer 15 hour or 30 hour per week places.The Nursery is located on the site of Harris Primary Academy Peckham Park and is therefore managed by them. However, the Nursery is a separate provision to that academy, and it is intended that it will also serve Harris Primary Free School Peckham, which is located on a nearby site.

Parents should note that registered nursery pupils at the Nursery will not automatically transfer to Reception Year at either Harris Primary Academy Peckham Park or Harris Primary Free School Peckham. An application for primary school admission must be made to the child's home Local Authority in the usual way.

The admission arrangements for nurseries are not governed by the School Admissions Code 2014 (Code) in the same way that primary, secondary and sixth form admissions are.  The Governing Body has, however, chosen to follow many of the principles of the Code in order to ensure that the Nursery's admission arrangements are fair, clear and objective.

From September 2019, the Nursery will offer fully funded full-time (55 hours per week) nursery provision for 51 weeks per year commencing in the September as follows:

From September 2020 and beyond, the children who were accepted into the First Year in September 2019 will transfer to the Second Year.  This means that the Nursery will offer fully funded full-time (55 hours per week) nursery provision for 51 weeks per year commencing in the September as follows:

All children are expected to attend for a minimum of 50 hours per week (to allow some flexibility for domestic arrangements) and for a minimum of 46 weeks per year (to allow for family holidays, one week of which must be the period from Christmas to New Year, when the Nursery will be closed).

Children commencing in the First Year will receive up to a maximum of 2 years' nursery education.

Children commencing in the Second Year will receive up to a maximum of 1 year of nursery education (unless they are 'summer born children' whose parents wish to delay their entry to school for 1 calendar year until they have reached the age of 5 years - please see below for further details).

The parent(s) of the applicant child must meet at least one of the following eligibility criteria:

The Nursery welcomes applications for the admission of children with special educational needs (SEN) and/or disabilities, and is fully committed to ensuring that it meets its responsibilities under the Equality Act 2010 and the Department for Education's Special Educational Needs and Disability Code of Practice: 0 to 25 years.

Children with an Education Health and Care Plan

Where the Nursery is named in a child's EHC plan, the child will be admitted.  Where this happens ahead of their intended entry in September, this will result in the number of available places being reduced for other applicant children.

Where more applications are received for places in either the First Year or the Second Year than there are places available, places will be allocated in the following order of priority:

Places in this category will be allocated to children who are looked after or previously looked after at the application deadline.

A 'looked after child' is a child who is (a) in the care of a Local Authority, or (b) being provided with accommodation by a Local Authority in the exercise of their social services functions.  A 'previously looked after child' is one who was looked after (as defined above) but ceased to be so because they were adopted or made subject to a child arrangements order or special guardianship order. Applications in this category must be supported by an original signed letter from the child's social worker confirming their status.

Places in this category will be allocated to children who will have a sibling at Harris Primary Academy Peckham Park or Harris Primary Free School Peckham at the application deadline, who will still be on the roll at the time of admission of the applicant child to the Nursery.

For the purpose of this policy, the term 'sibling' includes full brothers and sisters (with the same two natural parents), half brothers and sisters (sharing one natural parent), step-brothers and sisters (not a blood relative, but with a parent of one married to a parent of the other) and the children of the partner of a parent where they are not married but have been cohabiting for a period of at least 6 months by the application deadline), and in all cases are living at the applicant child's home address (as defined by this policy) with the applicant child as part of the same core family unit.   For the avoidance of doubt, the children of friends and extended family members (e.g. cousins) will not meet the definition of a 'sibling' even where they are living at the applicant child's home address.

In order to be included in this category, parents must state the full name and date of birth of the sibling in the Nursery Application Form.

In this category, up to a maximum of 3 places will be allocated to the children of staff members employed directly by Harris Federation who spend more than 50% of their working week at either Harris Primary Academy Peckham Park or Harris Primary Free School Peckham, and were recruited to fill a vacant post for which there was a demonstrable skill shortage.

In order to be included in this category, the employed parent must give their details as the 'parent' in the Nursery Application Form, and state their date of birth and national insurance number. Parents should note that places in this category only will not be allocated based on the distance that the applicant child lives from the Nursery: where there are more than 3 qualifying applications, the places will be allocated by random lottery only (see below under 'Tie Breaker'). Children who do not achieve one of the 3 places available in this category will be placed into the next category below.

All children not falling into any of the categories above (and those who do not achieve one of the 3 places available under category 3) will be allocated places in this category.

The applicant child's home address will be the residential address at which the child lives and sleeps with at least one parent (as defined above) for more than 50% of their time from Monday to Friday during term time. It will be the address at which child related benefits are claimed (if eligible) and at which the child is registered with their GP, hospital, dentist and/or optician.  Supporting documentary evidence of the stated address is likely to be requested.

In the case of children of UK Service personnel with a confirmed posting to the area, or Crown servants returning from overseas to live in the area, applications will be accepted ahead of the child's move where they are accompanied by an official letter confirming the expected relocation date and a Unit postal address or quartering area address for the child.

In relation to categories 1, 2 and 4, where there are more applications than there are places available, places within those categories will be allocated by reference to the distance measured in a straight line between the front entrance of the applicant child's home address (as defined above) and the main entrance to the Nursery building, with those living nearest receiving higher priority.

Where the applicant child lives in a residential block (i.e. an apartment block), the distance will be measured from the main ground floor entrance to that block.

In relation to category 3, and where two or more applicant children in categories 1, 2 and 4 live an equal distance from the Nursery, the order in which places are allocated will be determined by random lottery in front of an independent witness.

Twins, triplets and children of a higher multiple birth

Due to strict staff-to-pupil ratios in nurseries, all places will be allocated strictly by reference to the oversubscription criteria and tie break set out above.  This may mean that not all children who are part of a set of twins, triplets or higher multiple birth achieve a place.

Parents must apply for places by completing a Nursery Application Form, which is available to download on the website of either Harris Primary Academy Peckham Park or Harris Primary Free School Peckham, or in hard copy format from the school office of either academy.

All children are expected to leave Nursery at that time, freeing up places for younger children.  This will remain the case even where the child's parents would like to defer their child taking up their achieved Reception Year place until later that school year after they have reached compulsory school age. Parents will therefore need to make alternative arrangements during the intervening period.

The Nursery will not accept applications to the First Year for children who will be below the age of 2 years old at the time of their admission in September.

The parents of 'summer born children' (i.e. children born between 1 April and 31 August who will not reach compulsory school age until one whole school year after they are entitled to a full-time Reception place) have a right to delay their child starting school for one whole school year to the September following their fifth birthday, rather than their fourth birthday.

The Nursery respects parents' right to make this choice, however the Nursery will not offer any child more than two years' of nursery education, as this would prevent other children from having the benefit of a place.

For the avoidance of doubt, where a 'summer born child' starts at the Nursery when they are 2 years old, they will have completed their nursery education 2 years later when they are 4 years old, and will not be permitted to continue to attend for a further year.

The Nursery will operate a waiting list, which will be ranked strictly in accordance with the oversubscription criteria stated above and not by reference to the date on which the application was received.  This means that a child may move down as well as up the waiting list as further applications for admission are received.

There is no statutory right of appeal against the refusal of a place in the Nursery.

However, if parents believe that their application has not been correctly processed and, if the application was correctly processed, their child would have received the offer of a place, parents should clearly set this out in writing and send it to the Clerk to the Governors - Koyeli Solanki, Harris Primary Academy Peckham Park, Marmont Road, Peckham, London SE15 5TD within 14 calendar days of receiving notification of the refusal of a place.

The Governing Body will consider all representations received and reconsider the application within 14 calendar days of receipt, and will notify the parents of the outcome in due course.  If it transpires that a mistake has been made, due to strict staff-to-pupil ratios, it may be necessary for a place offered in error to another child to be withdrawn. 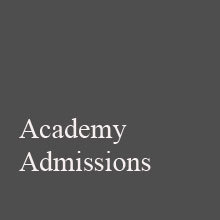 *
Cookie Notice: We use cookies on this site to improve your user experience.
Accept Find out more